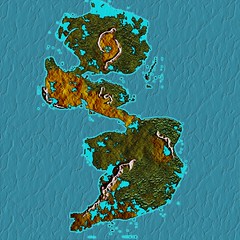 Basis
A Game of Thrones was written by George R. R. Martin in 1996. It is a fantasy novel with a very gritty, realist edge. No, I’ve not watched the series. I prefer reading over watching.
It takes place in a fictional world where there are two continents (Westeros and Essos). It is a world where entire seasons last for years. There are entire generations that have been brought up in a long summer and are looking forward to a long winter.
Plot
It starts off after Lord Eddard Stark orders an execution, the Stark children come upon a dead direwolf with pups still nursing it. They all decide to adopt one for each child, including Jon Snow, who’s the illegitimate son of Eddard. As the story progresses, the POV characters are taken to different places with different sceneries and face different dangers. Not only that but there are conspiracies that intersect the variety of characters.
Themes
There’s a lot of similarities between Westeros and the real world. The rugged, winterly terrain of the North represents England and the region beyond the Wall represents Scotland, since of course Martin based the Wall off Adrian’s Wall. The South represents the Normans, the French, and all of these groups that were in Europe proper in the Middle Ages. They may appear to be on the same continent, but they all have different histories. Even kingdoms within those regions have their differences.
A common theme that is found, not just in this installment, but throughout the ASOIAF series are characters being taken prisoner. I think this hypes up the momentum, because the reader doesn’t know if that character is going to survive or not, obviously in a world where there’s constant war.
There is a great amount of verisimilitude. This is the fantasy novel that changed fantasy as we know it. You might not expect a character to die, but they immediately do so. And you’re left to think “Woah!” There is also the reality of gender differences that affect the story. Such as the female characters being disenfranchised and confined to their roles.
There was one minor part that I thought wasn’t right. Arya remembers her father telling her that sorcerors wore only star-covered hats. I don’t know if Martin is just trolling the reader.
Characters
Eddard: He’s a pretty stoic character. He acts as the rationale for King Robert Baratheon. As his wife Cersei said to another character, “Robert loves Eddard like a brother.” This has to do with their time growing up and their part in the rebellion. However, he begins noticing the increasing influence of the Lannister family and tries to get through to the King.
Jon: My favorite character. As a bastard, he’s always constantly trying to outdo himself and prove himself to his father and everyone around him. I thought that that made a good foundation for him.
Sansa: I never thought that the relationship that Joffrey’s personal knight, Sandor, has with Sansa was anything sexual. At least not as much as paternalistic. She’s constantly telling him how “Knights are so chivalrous like the ones in the songs.” and Sandor is there to tell her, “That’s not how knights work. Life is not like the songs.” Other than that, she didn’t really stand out to me.
Arya: she’s exactly opposite of her sister Sansa. I think what represents this difference greatly is physical appearance: Sansa looks like her mother with her red hair while Arya looks like her father with her dark hair. While Sansa is docile and obedient, Arya is rebellious. Her adventurousness was fascinating to me.
Tyrion: He seems to go everywhere and is quite adaptive, despite being a dwarf. He’s a very intelligent character who manages to deal with everything around him and the dangers he faces.
Danaerys: she is one of the last scions of the Targaryen dynasty, along with her obsessive brother, Viserys. She has the most development in this story and you grow to like her.
Writing Style
Martin has a way of zoomorphizing people into the animals that their kingdom represents within the description and dialogue. I thought that was pretty interesting, because it shows how ingrained the characters’ loyalties are and their very way of speaking is reflective of that. For example, a Dothraki warrior says that “Horses can slay sheep,” while Daenerys retorts, “Dragons can slay horses and sheep,” Horses used to represent the nomadic Dothraki, the sheep used to refer to the village Khal Drogo raided, and the dragon representing the Targaryen sigil.
Speaking of that piece of dialogue, there is a lot of wittiness and bawdiness in the dialogue throughout the book. It’s very simplified yet says so much about the cultures and kingdoms that influence it. There are even slogans inserted into it, such as “Winter is coming” and “Fear cuts deeper than swords.” The mundane tasks and the descriptions of the architecture and the food are intricate and creates a sense of immersion into this medieval world.
One problem I did have was pronunciating the names. I originally thought Tyrion was pronounced [TIH-ree-awn]; Tywin as [TEE-win]; Clegane as [KLEE-gun]; Daenerys as [DAY-neh-ris]; Mormont as [mor-MAWNT]; on and on. It would’ve helped to include a pronunciation guide in the appendix in order to make the reading experience a little easier.
9.5/10
Definitely, this is one of the best novels I ever read. We always envision a world we want to live in, not the world we have to live in. This series puts that to the test.